Difference between French and Italian Bread

Italy and France are both countries that specialize in making bread. Sure, when we sit down to dinner at a restaurant in the United States, we are given a bread basket to start our meal. But in Italy and France, you can't have a meal without bread at almost every meal.

If either of these countries ran out of bread supplies, you could expect riots in the streets. However, the two countries have very different approaches to bread making. French baguettes, focaccia, creamy omelets - all of these bread are very different in size, shape, and how they are served. If you want to learn more about the difference between Italian and french bread, check out what the bread making machine supplier has proposed below. 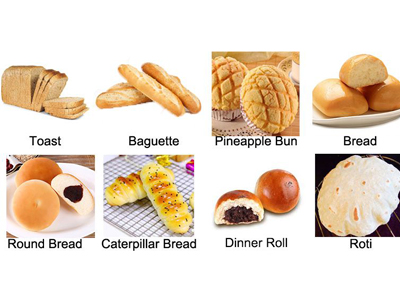 When we think of French bread, we usually think of a "French bar". It is a long, thin, crusty bread, often called a "baguette", which translates directly to "stick". Baguette may be the most popular type of bread in France - it's eaten in almost every province in the country - but it's certainly not the only one.

Other types of plain white French bread include Couronne, a ring-shaped bread, or "pain de Campagne," which usually includes whole wheat or rye flour in its composition.

As far as Italian bread making is concerned, it is known that paisanos allow the yeast to ferment completely in a few hours, resulting in a very thin-crusted bread. The interior of Italian bread is usually very moist and absorbent - preferably from the olive oil and tomatoes in the Caprese.

Types of Italian bread include ciabatta, made from wheat flour and yeast, piadina, made from flour, lard, and salt, and panettone, a bread native to Milan. both countries make delicious bread, but the similarities between Italian and French bread end when you compare the two side by side. 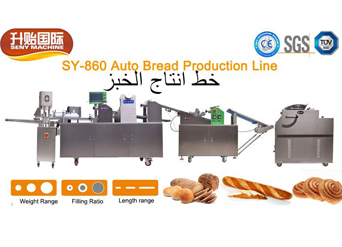 French bread is sold nationwide. While they may have originated in specific regions long ago, today's bakeries offer most of them. There are still regional specialties, such as fougasse from Provence, made from local ingredients such as olives or olive oil, sun-dried tomatoes, anchovies, and/or herbs (similar to Italian focaccia); and couronne, in the shape of a ring. Italian bread varies by region, from the pane casareccio of the Puglia region and its Roman cousin pan genzano, both with crusty tops, to the softer sesame bread from Sicily.

French bread is usually made from wheat flour, water, yeast, and salt. According to French law, no oil or fat can be added to baguettes and round bread (loaves). A creamy omelet is a soft bread with a high egg and butter content and is considered a pastry. Italian bread usually contains a little milk or olive oil, and sometimes a little sugar.

French bread tends to have a hard, firm crust and a light, soft crumb. Italian bread can also have a firm crust, but the crumb tends to be denser.

French bread can be cooked in an oven. Traditionally, Italian bread is baked in a flat stone oven. This can give the bread a slightly smoky flavor.

Next How to Make Kibbeh?